Located on the slopes of Soma Male peak in Kadiyatnad, Malethirke is one of the many forest shrines that dot the picturesque landscape of Kodagu. My visit to this sacred site of worship was a reminder of the ancient religious traditions of the Kodavas, who are described in 19th century ethnographic writings as a hardy mountain tribe with warlike traditions.

Historical accounts, since the 16th century, have long highlighted this aspect of their culture.2 In more recent historical memory, one can recall the contributions of soldiers like Field Marshal K. M. Cariappa, General K.S. Thimayya and scores of other unknown soldiers who have lived and died for their motherland.

This is not the history that I want to unearth. As a sociologist, my search is to understand the deeply embedded cultural ethos of the people – to unravel those aspects of their religion and cultural traditions that define the community.

What I found was a cultural ethos that celebrated the interconnectedness of all life forms – the land, the birds, animals and plants. No doubt, the religious life of any community is complex and comprises many elements: apart from the philosophical/spiritual dimension, it includes ethical standards governing human behaviour, as well as rites/rituals related to life-cycle events of birth, marriage and death.

These different aspects of a religion are interconnected and reveal the belief system of the followers. The religious practices of the Kodavas are broadly located within the Hindu fold and yet they are different. They do not follow any of the religious prescriptions that govern the lives of mainstream Hindu communities.3

Unravelling the socio-religious practices of the Kodavas, reveals cross-cultural influences. Such processes of acculturation are inevitable and no culture or community can deny such influences. A case in point is the worship of Goddess Bhagavathi in every hamlet or village in Kodagu, indicating the influence of Kerala culture. Similarly the 17th century Omkareshwara temple in Madikeri reveals the influence of the Great Religious Traditions of Hinduism and is a latter day insertion into their religious beliefs. Undoubtedly these disparate strands of religious practices and belief systems have a long history and are now integral to the Kodava culture. I do not, however, wish to discuss cultural transmission and influences on cultural practices.

My quest was to find the essence of the Kodava religious ethos – an essence that has remained intrinsic to the culture, despite the march of time and the inevitable impact of socio-economic change. I feel that Kodava culture is defined by the symbiotic connection that they have with the land and all its flora and fauna. This connection is inevitable in a community dependent on agriculture.4 The idea of the sacredness of the land is evident, not just in the idiom of their songs and dances, but also in the depiction of the sacred through the conceptualization of forest shrines in sacred groves (devarakadu).5

These shrines, set amidst impenetrable forests on rugged mountainous terrain overlooking lush green valleys, indicate the roots of an indigenous culture that has been in existence since perhaps pre-historic times. It is a culture that is slowly disappearing as the Kodavas, succumbing to the lure of materialism, sell their land. Despite such erosion of religious beliefs, the continued existence and living worship at these forest shrines, attests to the pull of an ancient belief system. Adoration of the divine principle in the forest shrine indicates a belief in the wholeness of life and the need for human societies to co-exist with nature. It enjoins a veneration of all life forms – the birds, the plants and the animals.

Such an inclusive worldview is not unique to the Kodavas, but is characteristic of indigenous religious and cultural traditions across the world and is perhaps best encapsulated in an epistle written by Chief Seattle in 1854:6

Although separated by land and sea, the ideas expressed in the epistle encapsulate the essence of Kodava ethos. Their commitment to the ethics of caring for the earth is epitomized through the representation of the forests as sacred spaces.

The Malethirke forest shrine, like others that dot the land, is a simple open-air structure that does not boast of the architectural splendour evident in the other south Indian temples of Karnataka, Tamil Nadu or Kerala. Temples, especially in parts of Karnataka and Tamil Nadu, have a profusion of exquisite carvings, sculptures and frescoes, indicating the genius of human hands. The skill of the artists and artisans in erecting these magnificent structures fills one with awe.

Yet, would it be wrong to suggest that the representation of the sacred in anthropomorphic form (evident in the sculptures and frescoes) indicates a concept of divinity that privileges the human over all other forms of life?

Additionally, does the composition of the temple indicate a philosophy that sees salvation as attainable by transcending the natural world? In contrast, the simple forest shrines indicate a belief in the immanent divinity of nature and the interconnectedness of all life.

This sense of sacredness of the forest shrines is evocatively depicted in the description of the Malethirke shrine in Silent Sentinels: Traditional Architecture of Coorg:

“The shrine does not have the formal characteristics of Kerala Dravida style, barring a linear axis and the hierarchical progression from the profane to the sacred. The approach to the deity is by a lane….The entire site is characterised by a high level of sensitivity to the landscape. The rising cliff face behind the deity, with its tall overgrown trees and filtered sunlight, brings with it a sense of scale that for many observers conveys a sense of the presence of a higher power.”(2005: 113-117).

The Kodavas were hunters and agriculturists in the distant past. There is nonetheless a code of conduct governing both these occupations. Hunting was restricted to certain seasons and was proscribed in forests designated as devarakadus.1

Similarly, the traditional farmer approached the cultivation of the land with a sense of veneration. This reverence to nature and its bounty, a characteristic feature of indigenous communities, stands in contrast with the worldview shared by modern societies.

These societies, fuelled by rapid industrial expansion and overutilization of natural resources, suffer a disconnect from the natural world. This worldview grows out of a mechanist conception of the earth. The conceptualization of the world as inanimate has evolved out of the progress of scientific knowledge since the 17th century. 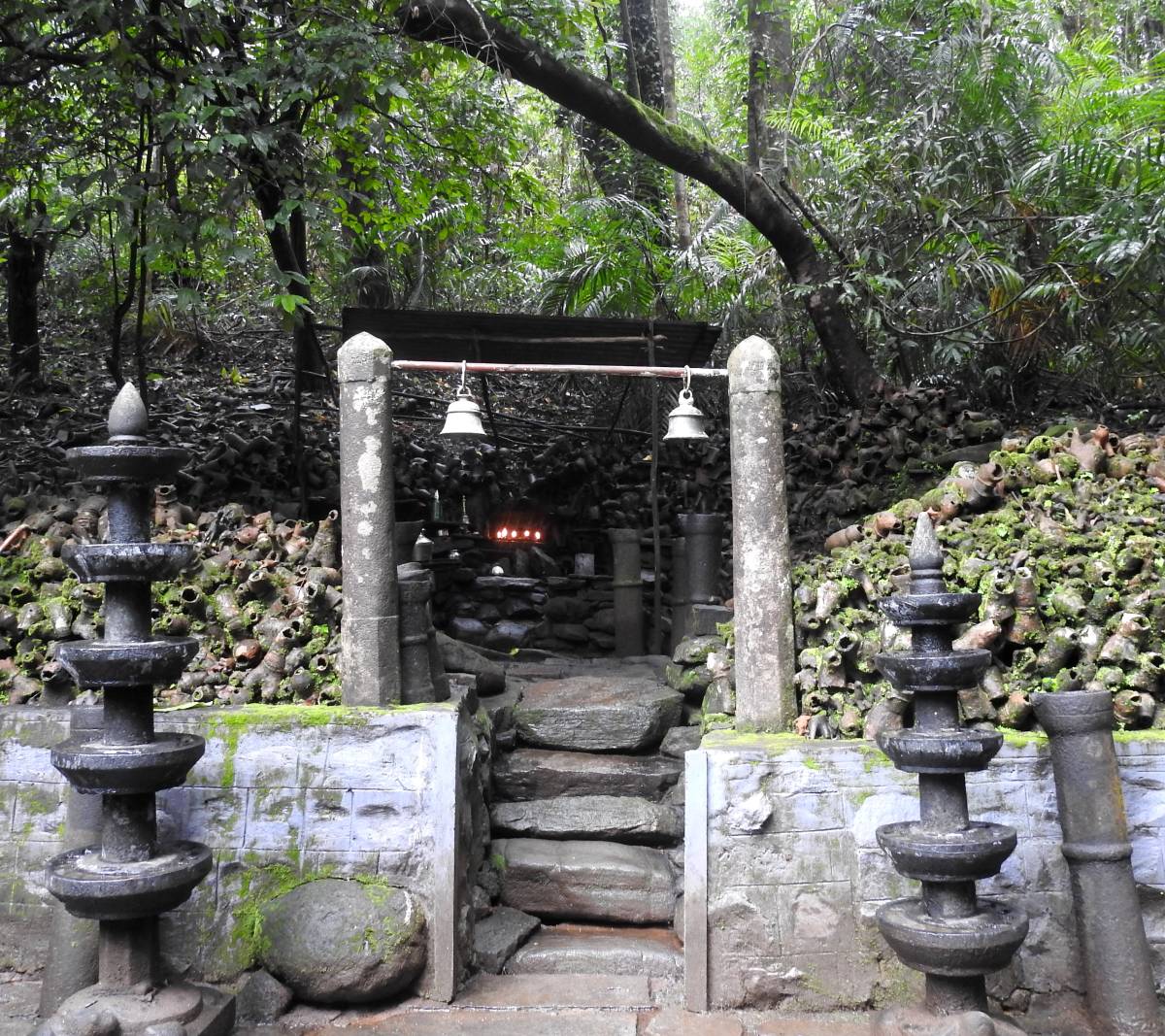 The corollary to this belief system is the illusion that the human being is at the top of the evolutionary chain. This assumption entitles human societies to exploit the earth and its resources. In contrast, the ecologically sensitive worldview of tribal communities calls for the conservation and preservation of the natural world. It recognizes that the indiscriminate destruction of planet earth will ultimately destroy us. We need to reclaim this wisdom for our survival. 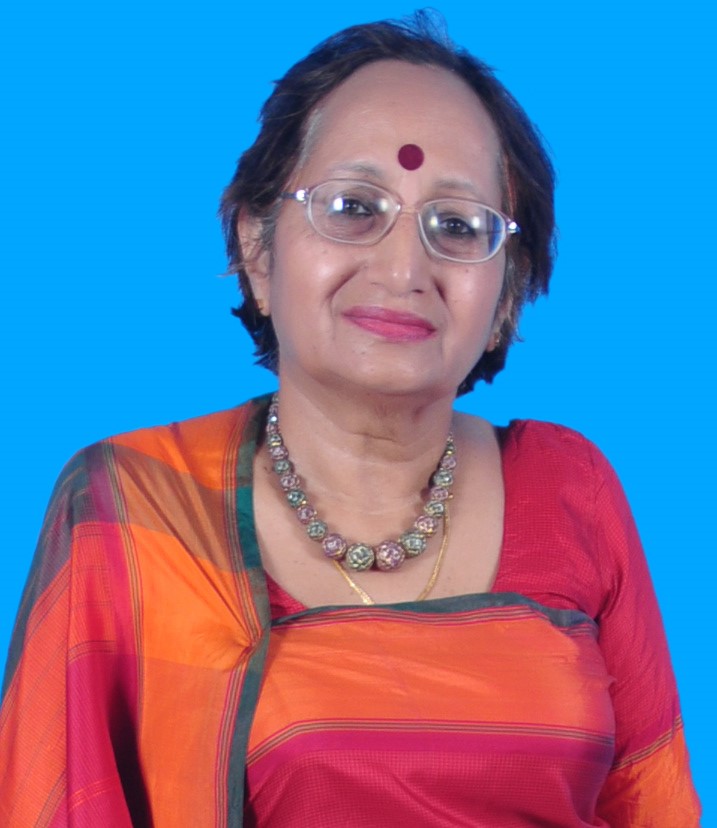 With a Ph.D. in Sociology from SNDT Women’s University, she has contributed significantly to the growth of women’s studies scholarship, through her research, publications and teaching.

Her publications include From the Land of a Thousand Hills: Portraits of Three Women of Coorg (Kodagu) in South India, 2002. She was awarded a PhD degree in 1991 for her thesis Women in Coorg Society: A Study of Status and Experiences through the Use of Proverbs, Folksongs, Oral Histories and Genealogies.