Jamma land tenure is unique to Kodagu (Coorg) district in Karnataka. Jamma lands consist of wetland for growing paddy, and the accompanying Baane land, initially used for cattle grazing and held free of assessment, now converted into coffee estates. It is estimated that the extent of ‘Jamma Baane’ land in Kodagu in the possession of the local people – Kodavas, Amma-Kodavas, Heggades, Airis, Koyavas, Moplas and Goudas – is around 2.55 lakh acres.

According to Sir J B Lyall, a British expert on tenures in Coorg who traced the origin of Jamma, it was originally a military tenure granted in consideration of military service and held on payment of half the assessment. Jamma was granted to the local inhabitants, largely by the Coorg Rajas (1600 AD to 1834 AD) and to a smaller extent by the British till 1895, under ‘sanads’ (title deeds).

For generations, the life of the local communities, centred around the cultivation of the Jamma lands, the principal tenure in Kodagu. The ownership was jointly held by the clan and it was managed by the head of the clan (Pattedara). Jamma lands could not be alienated as there was no provision for transferring the title of the property.

The issue involving the rights of the Jamma land-holders went before the Karnataka high court and a full bench of the court, in its judgement delivered in October 1993, held that Jamma Baane landholders had limited privileges for cattle grazing, supply of firewood and timber for domestic and agriculture purposes, but had no right to exploit the trees for commercial purposes, unless the holder had paid the full timber value to the government. The court also held that the land-owner had no right to the sub-soil.
The BJP government passed the Karnataka Land Revenue (Third Amendment) Act, 2011, to amend the Karnataka Land Revenue Act, 1964, to confer certain rights, including assessment of Baane land in Kodagu.

Prior to the Amendment, there was a ban on the sale of Jamma lands as the cultivator was only a ‘deemed owner’. The new legislation conferred the title of ‘occupant owner’ to the cultivator, and allowed the sale of land.

The legislation, it is feared, will legitimise large scale denudation of trees and the formation of human settlements on Jamma Baane lands as there will be a heavy influx of population from the neighbouring states. The presence of increased human habitation will have its impact on the adjoining forest land, its flora and fauna in Kodagu district, located in the fragile Western Ghats. 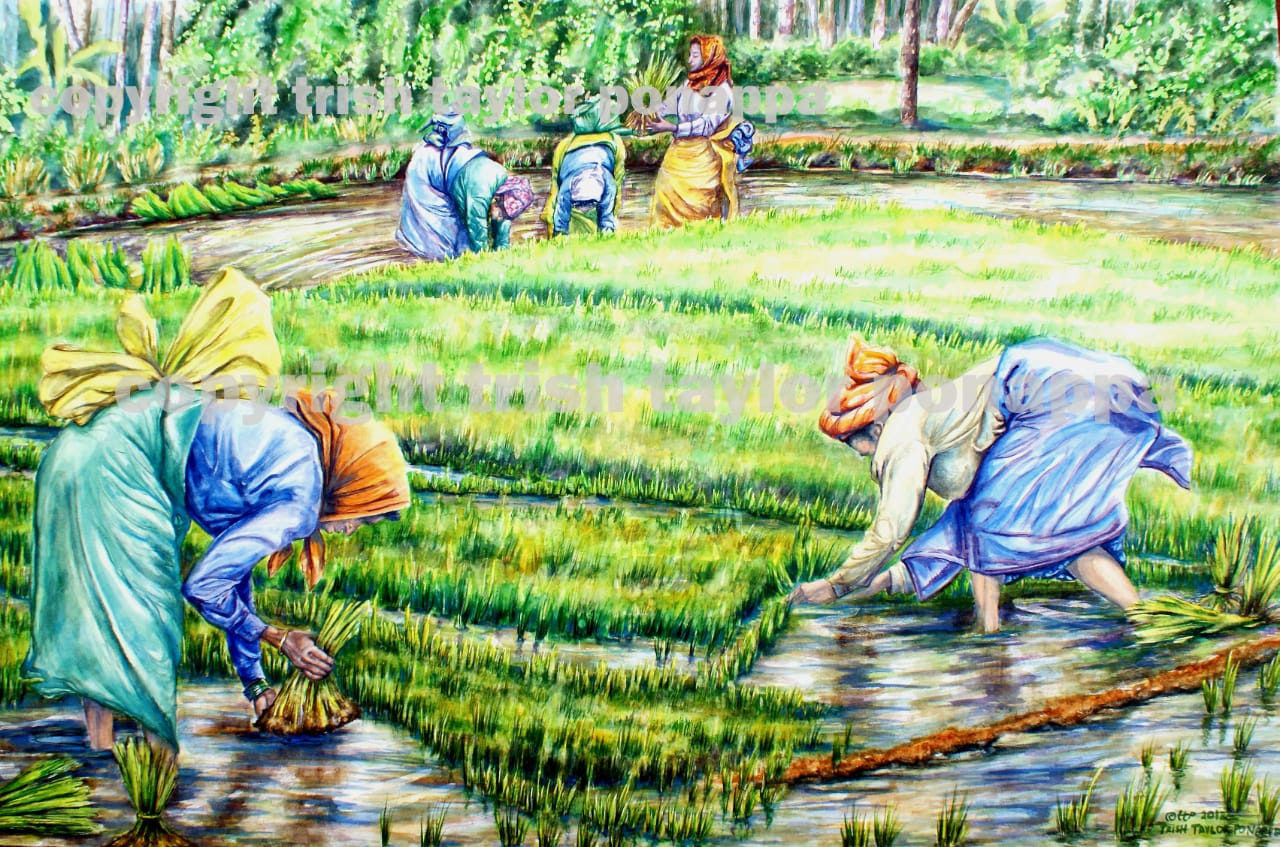 The Karnataka Land Revenue (Third Amendment), Act, 2011, received Presidential assent in 2013 after the bill was referred to the President by the Karnataka governor.

A writ petition was filed before the Karnataka High Court in 2013 which sought a stay on the operation of the Act until the disposal of the petition, and also sought to restrain the revenue department from mutating any Jamma land falling under Regulation 164 of the Coorg Land Revenue Regulation, 1899, in the name of the purchaser.

The petitioners urged the court to declare the Karnataka Land Revenue (Third Amendment) Act, 2011 ANNEXURE-A, as unconstitutional and void and direct the respondents and its officers not to enforce or give effect to the provisions of the Amendment. The High Court has admitted the petition.

The petitioners have also sought a direction to restrain the Karnataka government from compelling members of the joint families of the Kodava race to seek partition of their ancestral properties, including Jamma Baane lands, whether alienated or un-alienated, privileged or unprivileged. The petition has called for upholding the customary laws which stand abolished by the Amendment.

A section of people in Kodagu feel that in the interest of preserving the culture of Kodagu, and maintaining the ecological balance in the Western Ghats, the government should not give effect to the amendment.

With three consecutive years of unprecedented rains and landslides hitting Kodagu in 2018, 2019 and 2020, people are aware of the consequences of deforestation that could be triggered from/by the sale of Jamma lands.