The game of hockey is played with a lot of passion…

The game of hockey is played with a lot of passion by the Kodavas (Coorgs) in the Kodagu (Coorg) district of Karnataka. So much so that it is even being said that “hockey is in the blood of the Kodavas”. Like the coffee plantations, the British introduced hockey to Kodagu.

It will not be an exaggeration to say that Kodagu is a nursery of Indian hockey. For the last several decades, hockey players from Kodagu have found representation in the Indian team to the Olympics. Those from Kodagu who have captained the Indian team in the past include the legendary B.P.Govinda, M.P.Ganesh and M.M.Somaiya.

Mallamada Narendra Ponnamma was part of Indian women’s hockey team. The late Anupama Puchimanda was the first ever Indian woman hockey umpire to officiate in the junior world cup and Commonwealth Games.

The game of hockey received a new lease of life in Kodagu after Pandanda Kuttappa (in picture), popularly known as Kuttani, a retired State Bank of India official and a hockey enthusiast, started a family hockey tournament exclusively for the Kodavas in 1997.

In this unique annual tournament, members of various Kodava families (okkas/clans), play one another. There is no age or gender bar for participating in the matches, though of late, the tournament has become very competitive, involving high calibre hockey, and has therefore seen mainly adult male players participating in it. Of the over 700 Kodava families, more than 200 families have been sending their teams for the tournament which is played in the month of April. More than a sport, the family hockey has become a social event, with family members cheering up their teams with gusto. There is a festive atmosphere in the air with stalls coming up near the match venues, serving delicious Kodagu dishes. 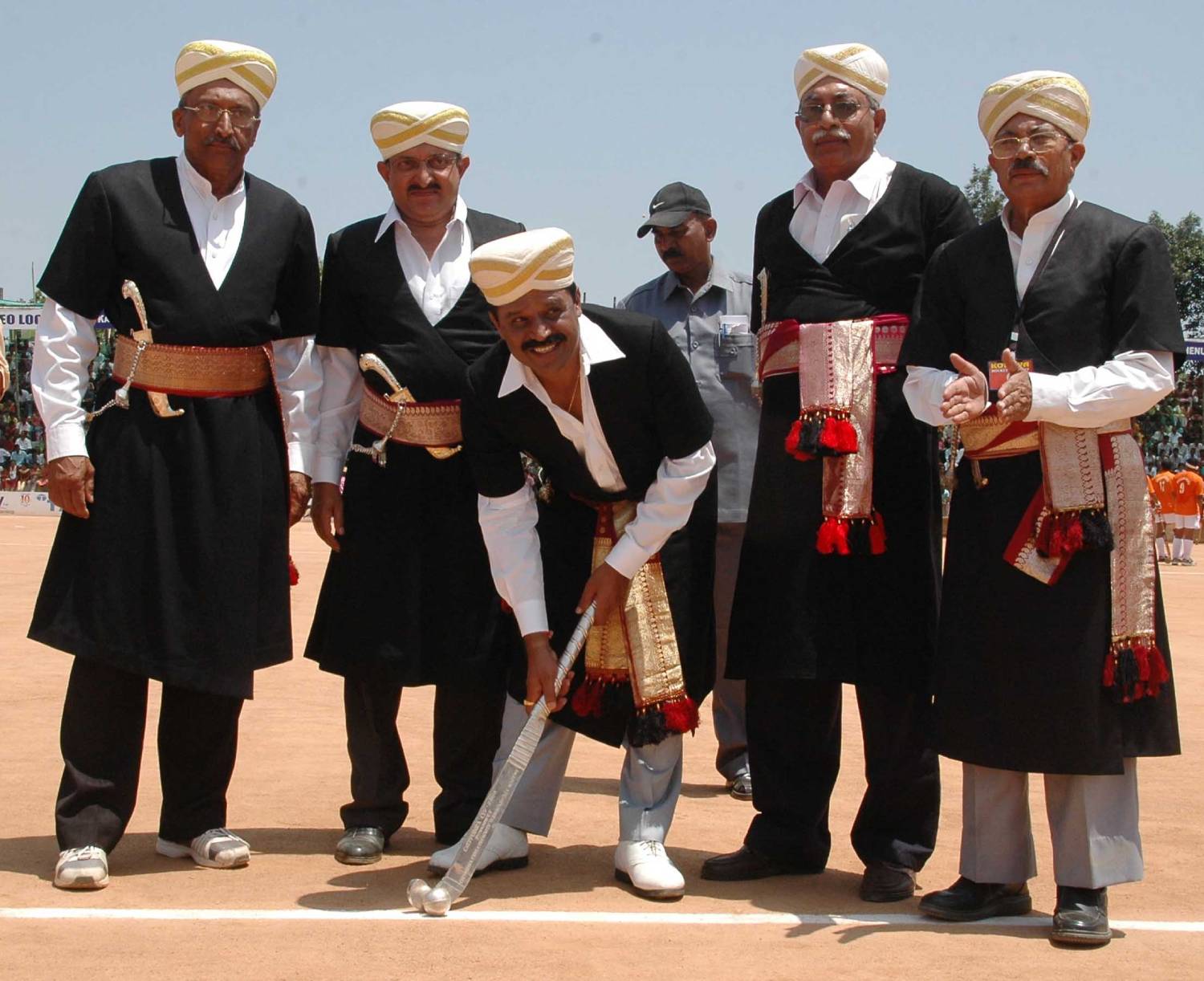 The hockey festival has helped bring unity and bonding among the Kodava community. It has also revived the love for hockey among Kodava youngsters who were switching over to playing cricket, a game which has become an obsession with Indians.

The hockey festival has already found its name in the Limca Book of Records for the largest ever hockey event to be organized in any part of the world at one stretch.

The Kodava Hockey Academy is the apex body which has the final word on matters related to the tournament. Sixty families participated in the first tournament which was organized in Karada by the “Pandanda” family in 1997 and was won by the Kaliyanda family. 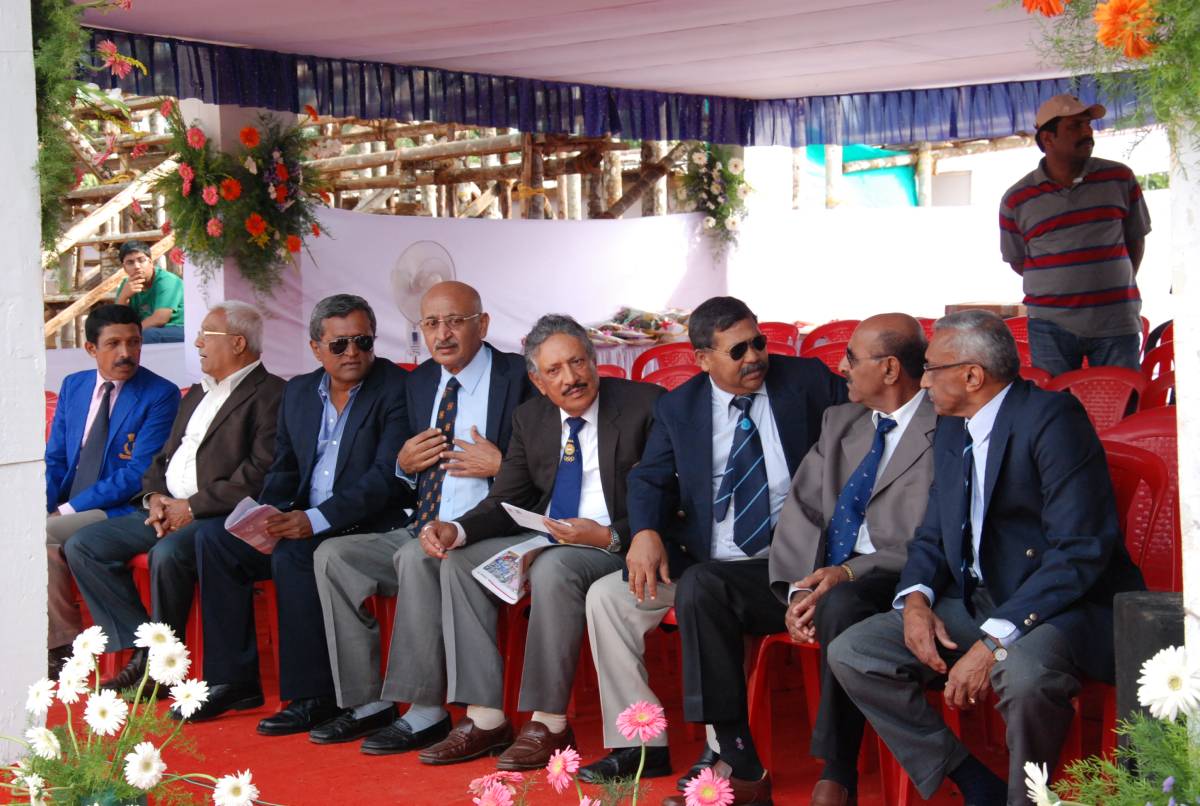 The Palanganda family has won the maximum number of tournaments in the 22 that have been held up to 2018, by winning five times. Amar Aiyamma has played a crucial role in the victory of Palanganda family. The family hockey tournament has not been held since 2019 following the unprecedented landslides in Kodagu in 2018 and 2019. It could not be held in 2020 and 2021 due to the Covid-19 pandemic.

Meanwhile, Pandanda Kuttappa (aged 85), who conceived the idea of the ‘Kodava family hockey festival’, passed away on May 7, 2020. Even before his demise, the Kodava Hockey Academy promoted by him was a divided house as he was not able to play an active role in the Academy due to poor health. The dissensions in the Academy has raised doubts as to whether the family hockey tournaments will be held in the old format in the coming years. Moreover, the Karnataka government which used to grant funds for the tournaments has not been releasing funds in the recent years. The future of the Kodava hockey festival looks bleak. It is time for the leaders of the community to reinvent the spirit of family hockey. 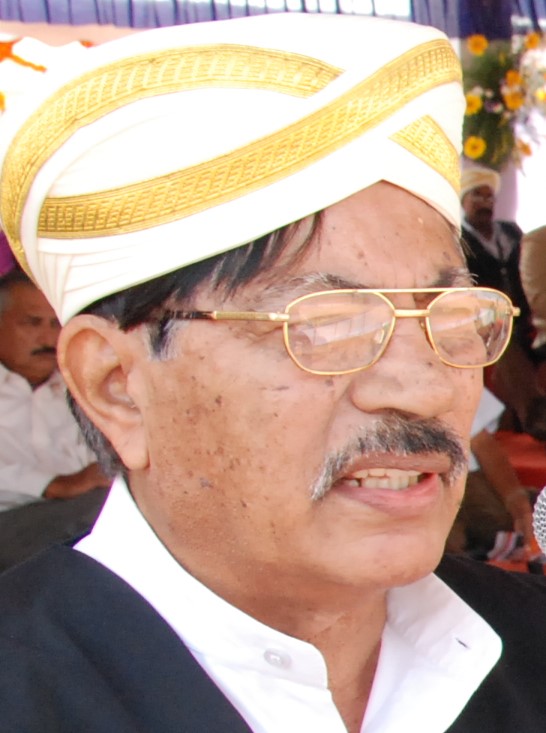