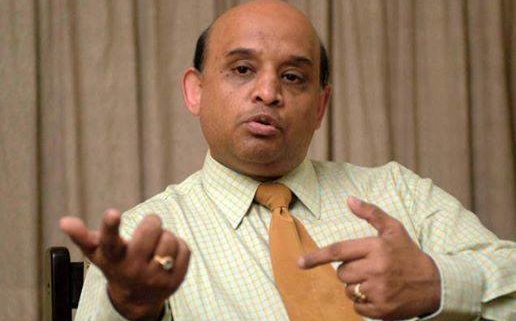 The Indian federal system is unique and distinct in a wide range of ways. The defenders of the classical Western notion of federalism even went to the extent of arguing that India was not a truly federal state. They were willing to concede only a quasi-federal status to the Indian arrangement as crafted by the Constitution. If federalism is seen not as a set of formal institutions and procedures but as a ´way of managing diversity’, then it could be argued that the political system the Constitution inaugurated was very much a federal system.

Both at the dawn of Independence and at the moment of the adoption of the Constitution, a variety of factors dominated the nature and course of politics in the country. A theme that appears to be the undercurrent of all political activities was the desire to maintain the unity and integrity of India. This was a concern which was topmost on the minds of most well-meaning Indians. There were differences and debates on how that unity was to be forged and the integrity was to be protected. The Congress leadership in the early years after freedom was convinced of the need for a strong Centre and questions of state rights were not a high order of priority. Prime Minister Jawaharlal Nehru even went to the extent of asserting that it really did not make a difference whether a region was part of one state or another as long as it was an integral part of the Indian Union!

This mindset provides a backdrop for the analysis of developments relating to the status of Kodagu around the time of the re-organization of states in 1956. Any demand for a new state was invariably kept waiting at the “gates” of existing boundaries that had been roughly drawn up and the effort appeared more to be to negotiate all such demands within the contours of the states already broadly worked out. Kodagu was one such demand that was negotiated in this manner and thus became a part of the Mysore (later Karnataka state).

The Kodagu region which became a district of the Karnataka State, started off with just two Assembly seats which later increased to three when the number of seats in the state legislature increased. With the new round of delimitation of the Assembly constituencies, the seats assigned to Kodagu have once again reduced to just two.

With the reorganisation of States, Kodagu lost its identity as a distinct Parliamentary constituency and became a part of Mangalore and later Mysore West Lok Sabha constituency. In recent years, the Lok Sabha member representing the constituency which covers the Kodagu region has never been from the Kodagu area.

Over the years the Kodagu region has seen an increasingly assertive demand for its being given the status of a state of the Indian union. This demand has gained currency largely because of the manner in which the region has lost its political clout and representation within the Indian Union on the one hand and its inability to bargain effectively within the state of Karnataka. Given the limited number of seats it has in the state Assembly, its voice is often not heard in the corridors of power. Successive chief ministers have given a token representation to the region by making a legislator from that region as a minister and really nothing more. Even though the region has the distinction of providing the state with a chief minister, it did not alter in any significant way the weightage of the region in either the State or the Indian Union.

The question is not one of mere political representation. It is a fact that the cultural distinctiveness of the region is fast eroding. Little has been done to develop the economic base of the region and effectively tap its tourist potential. This automatically triggers off the demand for a distinct status.

Given the contemporary reality and the nature of politics and political processes in India, what best can the Kodagu region and its people hope for? It may be a bit far fetched to demand the status of a separate state at this point of time. There are larger regions with stronger claims for a separate state that the Indian Union finds difficult to concede. It is clearly apparent that the Central government will not re-open the states reorganisation question but will take up individual demands from time to time.

In this context and keeping in mind the best interests of the Kodagu region and its people, it may be more worthwhile for a limited autonomy being sought. The creation of an Autonomous Kodagu Council within the State of Karnataka may be a more viable option. There could be a clear delineation of functions and responsibilities outlined in the provisions for the creation of this Council. It would then be the responsibility of the people of the region to ensure that this Autonomous Council zealously works to protect and promote the cultural, social, political and economic interests of the region.

*Dr Sandeep Shastri (in picture) is a political commentator.

The ebook is available at Google Play Store:

HEROES OF THE FREEDOM MOVEMENT IN COORG