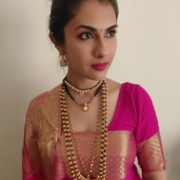 www.coorgjewellery.in, the first exclusive website devoted to Coorg jewellery and costume, has completed 10 years. The culture of Kodavas (Coorgs) in Kodagu district of Karnataka is distinct from that of its neighbours in southern India.

Besides jewellery, the website has sections for Coorg sari, men’s costume and accessories.

The unique aspect of some of the Coorg jewellery is that they are hollow and lac is filled inside to give them a sturdy appearance. The repousse work commonly used in Coorg jewellery, uses a small quantity of metal, beaten to paper thinness, to convey an impression of weight and solidity, and a three-dimensional effect.

Coorg style bracelets (kadagas) have become popular with non–Coorg women in cities like Mysuru and Bengaluru.

An interesting part of the website is a video featuring Dayana Erappa, an international model who is also from Coorg, on how to drape a Coorg style sari. The video has been directed by fashion guru Prasad Bidapa.

There is a section devoted to Coorg wedding which is a colourful affair and an occasion that allows women an opportunity to show off their saris and jewellery.

The website was part of the effort by journalist P.T. Bopanna to chronicle the rich traditions of Coorg. The jewellery website was designed by Tiramisu, a Bangalore-based new media solutions company.

For more, check out www.coorgjewellery.in 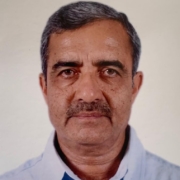 “What should Kodavas fight for?” is a question typical of a community stranded at the crossroads of their socio-cultural journey. The question can also be rephrased as, “Which road should Kodavas take?” One road will take them towards reaffirmation of their cultural identity and clinging to their roots in Coorg. In political terms this will mean a separate fight for our land, language and continuation of privileges like Exemption under the Arms Act, as also a demand for special constitutional protection for this unique micro-ethnic group in education and jobs. The other road may mean merging in the cultural mainstream of the Nation and making common cause with all the groups fighting for better governance and equal opportunity, through the mechanism of parliamentary democracy.

Before we chart out future journey, a brief recap of our recent past may be in order. The period between 1834 when the British took over the administration of Coorg and 1956, when Coorg was merged with Karnataka seems in retrospect, as a golden era of Kodavas. The establishment of rule of law with a permanent judiciary, the documentation of land records, opening of schools and recruitment of Kodavas in the British Army and Civil Service created ample opportunities for the advancement of the community. The introduction of coffee, a stable commercial crop enabled Kodavas to develop their idle bane lands and establish a sound financial base. Leaving behind generations of persecution and bloodshed the population of Kodavas rose from 24,000 in the 1861 census (quoted by Rev. Richter in the Coorg Gazetteer) to an estimated 100,000 by the middle of the 20th century.

Just before the merger with Karnataka, Kodavas were the dominant social group in Coorg with widespread land ownership, universal literacy, high social status and plenty of job opportunities. The merger of Coorg with the erstwhile Mysore state, at one stroke, not only ended the dominant political role of Kodavas, but saw the beginning of a slow and steady erosion of our rights over our lands and natural resources. Kodava language, culture and heritage were threatened by the progressive state-sponsored imposition of Kannada in education and administration.

Sporadic protests did occur against the steady colonisation of Kodagu. The earliest uprising was against the Barapole and Kumardhara water diversion projects which would have caused submergence of large tracts of low-lying areas in Coorg to supply irrigation water to other districts. During the late 70’s and 80’s Kodagu Moolanivasigala Sangha highlighted the issue of occupation of government revenue lands by settlers from outside, edging out local landless tribals. By the mid-eighties, the Kodagu Ekikarana Ranga was formed as an umbrella organisation, representing all major segments of society, to highlight the lack of development and the special problems of Coorg in the areas of land tenures, tree rights, etc.

Around this time the emergence of a separatist organisation named Liberation Warriors of Kodagu (LIWAK) with its demand for statehood for Kodagu caught the imagination of Kodavas. It brought a lot of media attention to the plight of Kodavas by organising colourful protests in state and national capitals. The organisation however frequently changed its name and objectives and refused to be part of broad-based protests with other ethnic groups of Coorg who were also suffering from neglect by the State government. The symbolic protests of CNC and demands submitted to constitutional heads like the Governor or the President hardly produced any administrative response. The closed leadership of the organisation and the extreme highlighting of caste identity, has unfortunately led to the alienation of Kodavas from the political mainstream and weakened our impact.

The early nineties saw the successful struggle for free market in coffee, to end the exploitation of coffee growers under the monopoly pooling system of Coffee Board. The introduction of free market for coffee not only transformed the economy of Coorg, but initiated a change in the mind-set of Kodavas. Unlike our ancestors, Kodavas are now aware of market dynamics, risk-taking, new forms of investment other than farming, and are slowly learning entrepreneurship.

The present plight of Kodavas is not as miserable as the perception created by the popular narrative of victimhood. Thanks to the merit-based CET system of admission to professional courses and opening up of opportunities in the IT sector, the educated younger generation have been able to find good jobs in the private sector. This has softened the blow from the loss of government jobs due to reservation and corruption in recruitment. The rise in prices of coffee and pepper has enabled even small planters to invest in improvements to their estates, further boosting their incomes in the long run. In fact many of the problems of the community such as extravagant lifestyle, alcoholism and gambling, rising rates of divorce, lack of interest in education and recklessness among youth, are more the symptoms of an affluent and care-free community. These malaise, however glaring do not constitute an existential threat to the community, which is on course in its steady progress. The present generation of Kodavas being well-educated, smart and confident, are poised to grab the opportunities offered by our growing globalised economy.

So what should be the future course of action for the Kodavas in political terms? In a democracy based on one-man-one-vote system, numerically insignificant groups like the Kodavas are bound to be side-lined and neglected by the political system. Dominant groups like the Lingayats, Vokkaligas, Kurubas, Scheduled Castes and Muslims control state power by promoting caste-based politics.

A tiny minority like the Kodavas cannot play the same game of identity politics or that of mass protests as it will hardly create a ripple in state or national levels. As most of the problems faced by us like poor governance, corruption and lack of development are not unique to our community but are common issues, Kodavas should join mainstream movements where they can take leadership positions. Despite our small numbers, Kodavas in the past reached high positions because of our admired qualities such as integrity, courage and sense of fair-play. It may be wiser for Kodavas to leverage this “soft-power” rather than try to match the muscle power and overwhelming numbers of the other social groups.

By a happy coincidence, Kodava language has been the flavour of the season this January.

It began with the news that Pattole Palame, the monumental work by Nadikerianda Chinnappa, covering Kodava culture, folksongs and traditions, had completed 100 years.

This was followed by an illuminating article by researchers Boverianda Chinnappa and Nanjamma Chinnappa, who maintained that Kodava thakk, the language spoken by the Kodavas (Coorgs), is an independent Dravidian language and not a dialect, as was wrongly surmised by early Western writers.

I am happy that both the stories were featured prominently in the blog of my recently promoted website www.kodavas.in, to preserve and promote the unique Kodava culture.

My posts received a lot of buzz and interesting responses. One of them was from Palandira Shubha, who lives in Bahrain. She wrote: “I have a copy of this much cherished book Pattole Palame which was originally presented to my maternal grandfather, Parvangada Kushalappa by the famous Kodava playwright Appaneruvanda Appacha kavi himself! Kushalappa gave it to his older daughter, Boju who gave it to her sister, Bollu (my mum). And I got it eventually.”

Though a few Kodava dictionaries had been published in the past, Arivole is the first comprehensive tri-lingual dictionary which, besides providing meanings of the Kodava words in Kannada and English, explains the meaning of words in the Kodava language itself. This dictionary will serve as an important resource material for the development and research of Kodava language in the coming years. The Arivole also uses diacritical marks to indicate the correct pronunciation of Kodava words which are written in the Kannada script.

Dr Uthaiah, a former professor of agricultural sciences, had told this writer a few years ago that since he was not in a position to write due to age-related problems, he was assisted by his wife in the writing part of the work. Thangamma, born in the Kolera family, helped in the inclusion of Kodava words from Kiggatnad in the dictionary.

Dr. Uthaiah and Thangamma dedicated 15 years to collecting Koḍava words and their meanings to make the dictionary as comprehensive as possible.