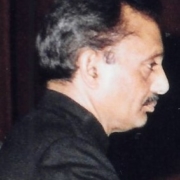 Over 25 years ago, I was invited for lunch at Bengaluru’s iconic Koshy’s by Dr S.A. Subbaiah, IPS, who was then heading the Karnataka State police intelligence wing.

It was unusual to be invited by a top intelligence official. But the invitation was preceded by several developments in which the prime minister’s office (PMO) was interested.

Around that time, I was hand-picked by the editor of The Pioneer (Delhi) Chandan Mitra to be the Special Correspondent in Bengaluru. I quit Times of India and joined The Pioneer. My brief was to concentrate on the new prime minister who was not well known in Lutyens Delhi.

I produced a series of exclusive articles on Gowda, most of which did not show Gowda in favourable light.

Around that time, I visited the house of Prof. K. Venakatagiri Gowda, a former BJP Member of Parliament. Prof Gowda had turned a bitter critic of Deve Gowda, apparently over Vokkaliga Sangha politics.

Prof. Venakatagiri Gowda told me that he had completed a book on the prime minister and shared with me excerpts from the book titled ‘The King of Corruption and the Unmaking of India’.

The Pioneer carried my ‘scoop’ and it triggered a political storm in Karnataka. No sooner Prof Gowda announced that he was coming out with yet another book on the prime minister. The PMO wanted to ensure that the book did not see the light of the day.

Around that time, I used to speak over the phone with Dr Subbaiah, who held the rank of additional director general of police (intelligence). One fine day, he invited me for lunch at Koshy’s.

Being a teetotaller, he did not take any drinks, but I ordered a beer. We both had a pleasant time discussing developments in Karnataka. It was a memorable occasion because Dr Subbaiah was one of the most well-informed persons I had met in my journalistic career. He had worked for over 17 years with the Research and Analysis Wing (RAW), India’s external espionage (spying) agency.

I wish to go down the memory lane and recall my first meeting with Dr Subbaiah, nearly half a century ago.

After completing my MA in political science from Karnataka University, I had approached him to get my marks card attested. He was then the SP of Mysuru. During our interaction, he seemed too busy and did not engage in any ‘small talk’ that follows a meeting between two Kodavas (Coorgs).

Dr Subbaiah was a workaholic and this seems to have led to his sudden death at the age of 52. He collapsed near his house in Indiranagar during his morning walk.

Had he been alive, he would have retired either as Karnataka’s Director General of Police or the head of RAW or Intelligence Bureau.

The Kodava community (Coorgs) in Karnataka was once known for its progressive and cosmopolitan outlook. But things have changed. Nowadays, a section of the women in the community observe everything through ‘saffron tinted’ glasses.

These women are upset with actress Rashmika Mandanna of ‘Pushpa – The Rise’ fame for wearing sleeveless blouse while wearing a Kodava or Coorg style sari recently.

When I posted Rashmika’s photo in Kodava sari on Facebook, some of these matronly ladies left comments (hidden!) disapproving Rashmika showing her bare arms.

These ladies forget the fact that fashion is a form of self-expression at a particular period and place and in a specific context.

I wish to bring it to the notice of these ladies, that in the past, a Coorg widow wore only white in the case of the sari, blouse and vastra (head dress). This is not strictly adhered nowadays which is an indication of the progressive thinking in the Coorg society.

For their information, sleeveless or half-sleeved blouses are of recent phenomenon. In the olden days, Kodava women wore Kala Kupya with long sleeves and closed up to the neck.

Gradually, the short sleeved, round-necked choli replaced the traditional jacket. There was a considerable amount of change in this garment after the British annexed Coorg in 1834. There were variations in the styling of the neck. The jacket saw the introduction of the high neck and the band collar. The placket was also first seen with the jacket having an opening in the front. The sleeve also became stylish and fitted with an opening at the end with a sleeve placket.

The jacket initially was a shapeless garment only serving the purpose of an upper garment. Following the influence of the British, the stitching patterns changed. What was initially a garment without darts, had darts in front and at the back. Then came the princess seam and also the patch pocket to serve the utilitarian purpose.

The fabrics changed from cotton to silk to experimental fabrics such as satin and velvet which were more often than not imported. The trims also became more fanciful and instead of the usual press buttons, pearl and shell buttons were used.

For more on Kodava sari, follow the link below: 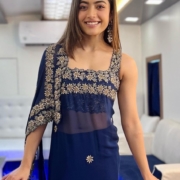 The Coorg style sari recently worn by actress Rashmika Mandanna (in picture), who is fresh from the success of the movie ‘Pushpa-The Rise’ has thrown the spotlight on Kodava (Coorg) sari.

Rashmika, who won the title National Crush of India, hails from the Kodava community in Karnataka’s Kodagu (Coorg) district. Kodavas have a distinct culture.

The Coorg style of draping a sari involves tucking the pleats at the back of the waist, instead of the front. The end of the sari is brought below the left shoulder, and secured over the right shoulder in a firm knot. This style suits Coorg women leading an active life while climbing up and down slopes in their mountainous homeland in the Western Ghats in the Indian State of Karnataka.